What Does Neurofeedback Do to the Brain? – In Layman’s Terms 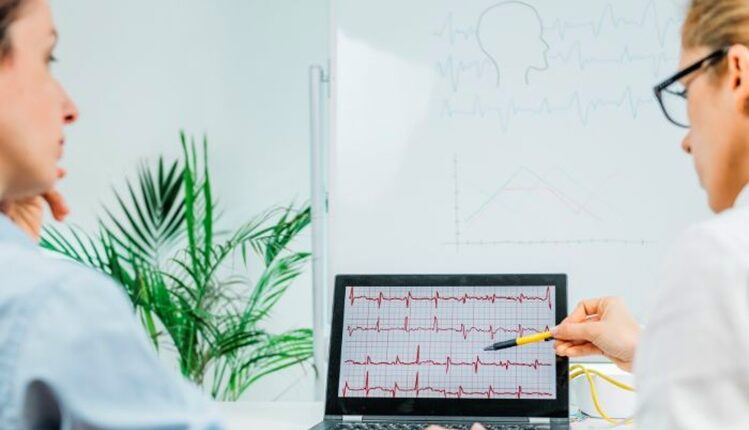 Neurofeedback refers to a number of different brain training methods that have been used to treat various conditions, including addictions and ADHD, as well as general stress relief and relaxation. Though most people are familiar with biofeedback, many do not know about neurofeedback in layman’s terms. This article will discuss what neurofeedback does to the brain in layman’s terms in order to make it easier for anyone who wants to understand this technique better.

Neurofeedback is a form of therapy that trains people to improve brain function by letting them know when their brain wave patterns are out of balance and helping them bring them back into balance. The goal is for neurofeedback to be used as an alternative or supplement treatment for ADHD, anxiety, depression, and other disorders.

It’s important to understand that infraslow neurofeedback is not a quick fix, but rather a long-term therapy. Treating disorders like ADHD and anxiety take time, because people with these conditions have developed habits that are deeply ingrained in their brains. How do you go about replacing them with new behaviors and thoughts? With neurofeedback, small steps lead to big changes over time.

No two brains are alike, and what works for one person may not work for another. For example, while some patients may respond well to neurofeedback when it’s coupled with medication, others may find that their medication gets the job done.

Who would benefit from neurofeedback?

Neurofeedback is a type of biofeedback that trains the brain through operant conditioning. It is most often used for treatment of attention-deficit hyperactivity disorder (ADHD), but also has been found to be helpful in treating anxiety disorders, chronic pain syndromes, and mental health problems.

Research has also suggested that neurofeedback can help with other issues including depression, headaches, and chronic fatigue syndrome. As a way of treating brain injury, it’s most often used after a concussion or traumatic brain injury but could also be useful in treatment of autism spectrum disorder (ASD). Neurofeedback is something to consider for a lot of people that are looking to rewire their brains. Consider neurofeedback if you have any difficulties with ADHD, anxiety, chronic pain, depression, headaches or anything else listed above.

What are the benefits of neurofeedback?

Neurofeedback (NFB) is a therapy that uses electroencephalography (EEG) and computer software to show you how your brain responds to a variety of stimuli. The goal is for you to learn how your brain works and build up better control over it so you can have more self-awareness and make positive changes in your life. Benefits include:

How does neurofeedback work?

Neurofeedback is an emerging therapy that works by giving clients feedback on their brain activity. The sensors are hooked up to a computer which displays in real time what the client’s brain is doing. The therapist then gives feedback or encouragement to help them control the behavior of their own brainwaves.

The basic idea behind neurofeedback is that we can change our mood and mental state by controlling our own brainwaves through mental exercises, breathing techniques, and relaxation. It is a tool for self-management. It has been used successfully with people that have attention difficulties, learning disabilities, and autism spectrum disorder. It may also be helpful for adults who suffer from depression, anxiety disorders, obsessive-compulsive disorder (OCD), attention deficit hyperactivity disorder (ADHD), addiction problems such as alcoholism or drug abuse and traumatic brain injury.

Are there any risks associated with neurofeedback?

Neurofeedback is a treatment modality that can be used as an alternative or complementary therapy. There are no serious risks of neurofeedback. There are some rare reactions that can include anxiety, depression, headaches, or dizziness.

Overall neurofeedback therapy is a relatively safe and low-risk process for people who have certain conditions. It has been shown to be useful in treating addiction and substance abuse disorders and improving cognitive function in adults with brain injuries.

Neurofeedback teaches your brain how to self-regulate, which in turn improves your ability to self-regulate behavior, attention span and impulse control. While it is not a cure for mental issues, neurofeedback can make a significant difference in quality of life for those who struggle with them.

It could be beneficial for anyone suffering from poor attention span, learning disorders or autism. Neurofeedback therapy uses sensors that are attached to the scalp to detect changes in brainwaves and sends information about these changes back into the brain. The goal is for you to learn how to change your thoughts, feelings or behaviors by watching what happens when you do so.

Even if neurofeedback isn’t right for you, it can teach you more about your brain and how it works. By knowing how your brain functions, you’re in a better position to understand what changes and therapies could be useful for improving your health.

The Trouble With Therapeutic Barriers