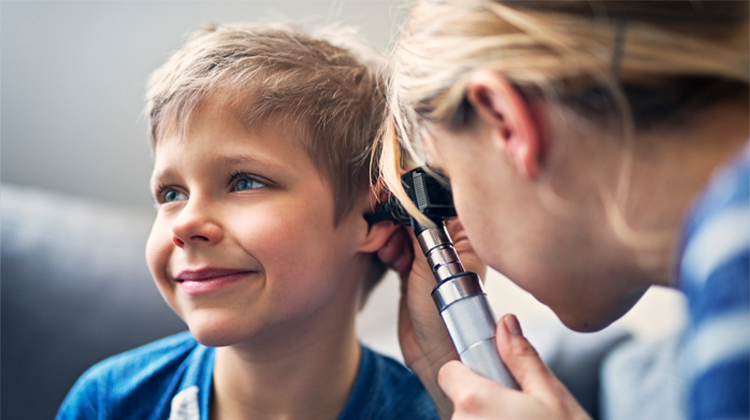 It’s common for kids to have ENT conditions, and though they may seem like minor nuisances, they can lead to more significant problems if left untreated. Many kids suffer from allergies, which can cause various symptoms such as sneezing, congestion, itchy eyes, and a runny nose. Allergies can also lead to sinus infections. Luckily in Surprise, AZ, there are centers offering treatment for the common pediatric ENT issues. Look for the finest center for pediatric ENT in Surprise. Here are six common conditions affecting children.

Sinus infections can be caused by environmental allergens or a virus that has been contracted. Common symptoms include nasal congestion, facial pressure and pain, postnasal drip, fever, sore throat, cough, and bad breath. If these symptoms are ignored in the long term, they may lead to problems with teeth and later speech development because of the enlarged adenoid tissue.

This is a common problem where the Eustachian tube, which connects the middle ear to the back of the throat, does not open and drain properly or remains blocked. This condition is often caused by allergic rhinitis or environmental allergies aggravated by fluid buildup in the middle ear. This fluid buildup may lead to feelings of fullness in the ears and pain, as well as muffled hearing and a diminished sense of taste and smell.

Asthma is a respiratory condition that causes people to experience occasional wheezing, coughing, and shortness of breath. Allergens or irritants can trigger the symptoms of asthma and make them worse. Many children who have asthma also have allergies and nasal congestion.

Allergens are what trigger allergies. The most common allergens include dust particles, mold spores, pollen (from trees and grass), animal dander (dead skin cells found on animals that produce an allergen when they mix with air), some foods, and some medications. When allergens enter the body through the nose or lungs, they cause the body to release histamine, which causes symptoms.

Besides medication and allergy shots, there are many other ways to reduce the risk of exposure. If your child does not have an air conditioner at home, it would be wise to buy one this summer. It will circulate

Nasal deformities can lead to sinus infections and sleep apnea. These nasal deformities may include a deviated septum, which causes the nose to develop an obstructed airflow. The septum is responsible for separating both sides of the nose at its midpoint into two separate passages that connect to each side of the nose. If it deviates, then breathing may become difficult. The septum can also be displaced, making it harder to breathe.

Why Should You Opt for Cosmetic Dentistry?

Causes and Risk Factors for Migraines